Your Due Date May Be Like the First Day of Fall 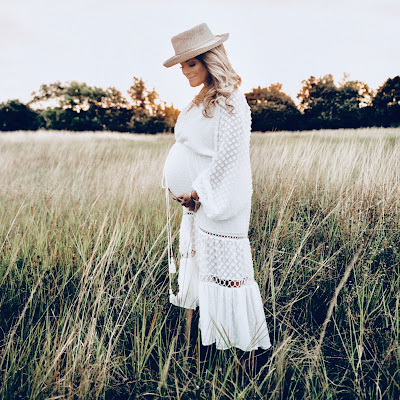 Many of my friends have been anticipating the first day of fall for weeks now. My Facebook newsfeed has been overtaken by pumpkin spice memes, pumpkins, hoodies, football, bonfires, boots...and TODAY is the long-awaited first day of fall!

Except nothing resembling "fall" is happening outside. It's 90-something degrees out. We're melting at our football games down here.

Everybody who's been in Arkansas for any length of time knows to not expect Fall at the end of September. We already know it's going to be awhile longer before we start feeling fall temperatures. Even though we know that, it's still a little of a bummer when the first day of fall gets here...and it's still summer.

It reminds me of the end of my pregnancies. After my second pregnancy, I had come to expect that I would go past my "due date," and by a lot. Not days, but weeks. I was already in the habit of giving a "due month" when people would ask. And still, when my due date would pass, I would be a little bummed to still be pregnant, to show no signs of delivering a baby anytime soon. Or even worse--to show a few signs, get my hopes all up, and then still have lots of pregnancy left!

When pregnant women are surrounded by friends and family who have scheduled an induction at 39 weeks, it can be challenging that last week (or two. Or three.) Homebirth midwives don't interfere with the birth process unless there is a big reason, and around 75 percent of our clients deliver in their 41st week. Some will go beyond that.

So hang in there, Arkansas friends...especially pregnant Arkansas friends! Our fall is on the horizon!
Email ThisBlogThis!Share to TwitterShare to FacebookShare to Pinterest
Labels: childbirth, pregnancy